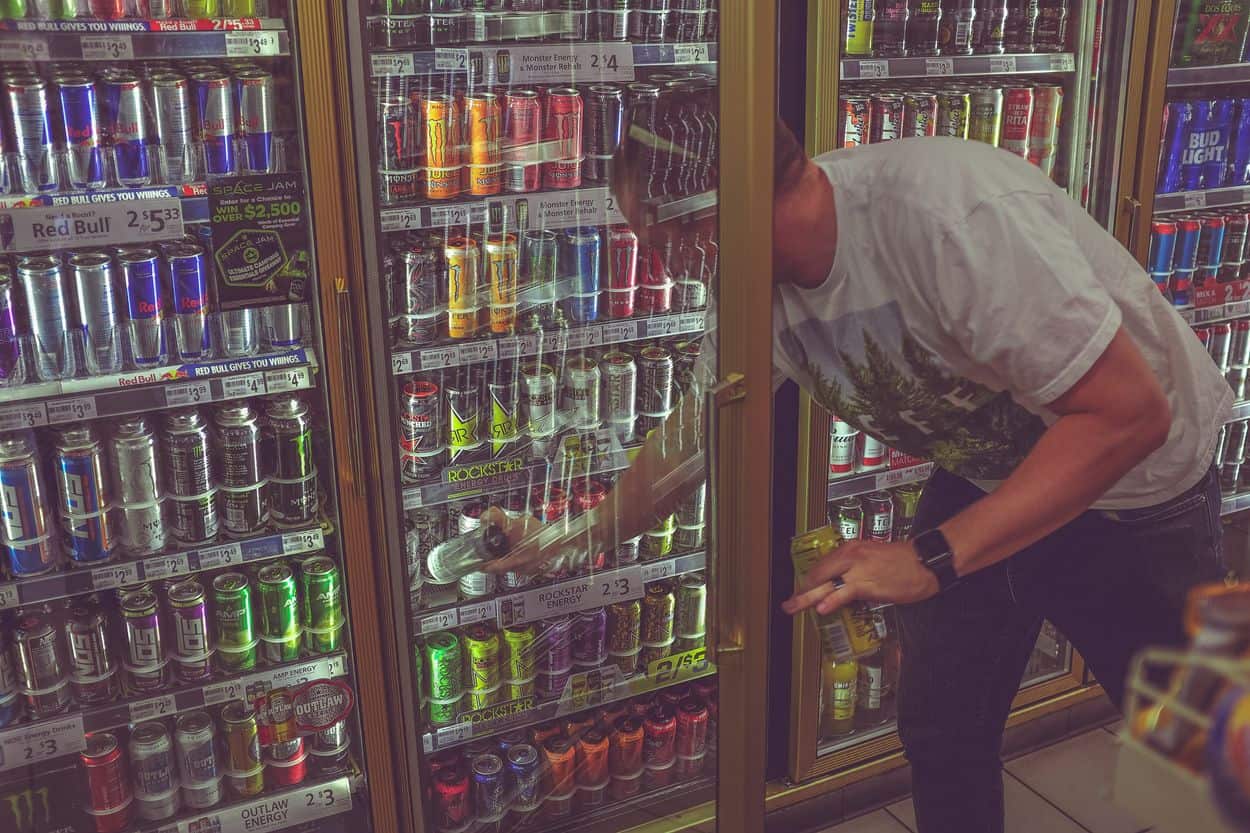 For the rim, the energy, the lift, the mood changer, and the mental and physical benefits, whether felt or actual. Energy drinks are extremely handy, but they are also quite harmful to our health.

Energy drinks can provide some of their advantages by improving brain function and assisting you when you are fatigued or drowsy.

The strongest energy drinks that I know of are G-Fuel, Bang Energy, and C4 Energy.

Today there are several energy drinks on the market tailored to your specific taste, so if you’re someone who tends to go for the stronger drinks, this article is for you!

Basic components of an energy drink

Energy drinks have three ingredients that are harmful to one’s health: artificial sweeteners, sugar, and caffeine.

Because artificial sweeteners are relatively new, it is difficult to gather long-term evidence on their effects. Studies have discovered that, although not containing any calories, sucralose had a MINOR influence on blood sugar. There are diverse viewpoints on general health, particularly gut health.

Sugar influences gut health, which in turn has an impact on cravings, mood, and digestion, among other things. When ingested on its alone, it can cause an increase in insulin and blood sugar.

Caffeine improves performance on both a physical and mental level. Caffeine levels beyond a particular threshold are even prohibited in several sports. The contentious issue with caffeine is that it causes adrenal exhaustion. To put it another way, excessive and regular caffeine use produces a significant downregulation of specific adrenal hormones.

I’ve heard several arguments and have come to the following conclusion: caffeine’s influence will never be zero.

Advantages and Disadvantages of Caffeine

An increasing amount of scientific research suggests that energy drinks can be harmful to one’s health, especially in children, teens, and young adults.

Several studies have demonstrated that energy drinks enhance physical endurance, although there is little evidence that they boost muscle strength or power.

Caffeine can elevate your blood pressure and heart rate, as well as create anxiety and sleeplessness. Drinking them over an extended period may increase your chances of developing heart disease. Excess sugar consumption can lead to weight gain and put you at risk for diabetes.

Caffeine has been linked to a lower risk of skin cancer. Caffeine was proven to lower the risk of skin cancer in hairless mice in recent research from Rutgers University. Caffeine has been proved by Japanese researchers to improve memory. In addition, recent research from Johns Hopkins University found that a 200mg caffeine medication improved memory consolidation.

To know more about the pros and cons of coffee, have a look at this video:

Here are some of the strongest energy drinks out there:

GFuel is touted as a supplement that will help you focus while gaming.

GFuel is a combination of caffeine and vitamins. This firm caters to young people and gamers, positioning its goods as greater than other energy drinks.

According to a New York Times story, “G Fuel’s caffeine concentration, 150 milligrams per 12 fluid ounces, is greater than many Monster and Red Bull beverages, according to Caffeine Informer.”

Caffeine is a concern for certain people, especially people with high blood pressure or cardiac issues. Moderation is key. Caffeine consumption should be limited to 400mg per day. Many energy drinks now list their caffeine amount on the label, allowing you to keep track of how much caffeine you’re consuming.

However, caffeine is caffeine. You may drink Monster, 5-Hr Energy, or simply ordinary coffee as long as you keep track of how much caffeine you consume.

I never put my confidence in a nutraceutical that does not provide its Supplement Facts. Because of the scarcity of information, one may assume that the major components, creatine, and CoQ10, are only trace substances.

Bang Energy has a caffeine content of 300mg. While it is below FDA’s daily limit, it’s still quite high, especially for caffeine-sensitive people.

But even for people who aren’t caffeine-sensitive, the drink is only safe to drink once, as two cans will be over the limit.

Overconsumption of caffeine can have several side effects like jitteriness, heart palpitations, and trouble sleeping, to name a few.

However, with that much caffeine, it’s safe to say Bang Energy will definitely wake you up. Bang Energy also has creatine, around 4-30mg, an ingredient that has been shown to help your body recover quickly from exercise. So it’ll definitely make a great energy booster for exercises or workouts.

Just be mindful of your caffeine intake when having this drink.

Nutribolt, America’s leading pre-workout supplement manufacturer, developed an incredible blend of ingredients that is well-balanced to help you get through a rigorous training session. To postpone weariness, the manufacturer recommends consuming it 20-30 minutes before activity.

C4 Energy Drink provides 200mg of caffeine, no calories, and no sugar in a 16 oz can. Furthermore, it includes 6.73mg of intense Energy Blend:

These are amino acids that work together to improve physical endurance, boost mental alertness and focus, and regulate metabolism and hydration.

There are several varieties to pick from, but the most taste like fruit slushies. Some people, however, may object to the tingling feeling that precedes the drink.

For a quick summary, have a look at this table:

Remember to consider other aspects such as your gender, size, and overall medical condition when determining which energy drink is ideal for you.

Strong energy drinks are not suggested for children and young people due to their low caffeine level tolerance.