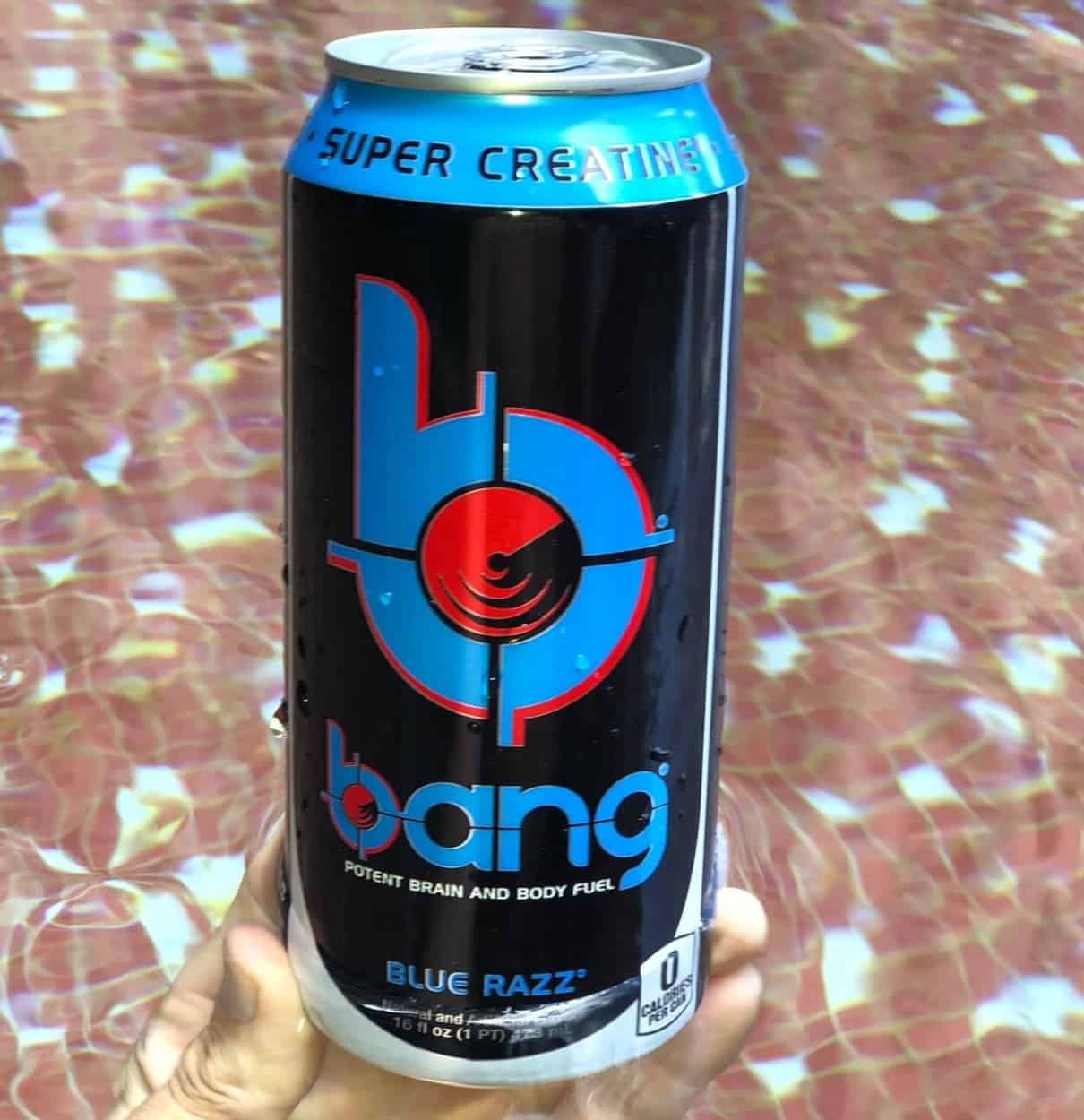 Bang is one of those energy drinks that has caused quite a stir in the food and beverage sector. This drink is still as popular as ever, thanks to its eye-catching packaging and big energy boosts.

Bang is neither healthy nor unhealthy. It is an energy drink designed to provide a quick boost of energy. It is one of the strongest energy drinks on the market, with 300mg of caffeine, and it’s guaranteed to give you the energy boost you need without all the sweet calories.

It contains creatine, caffeine, and BCAAs, Bang’s powerful brain, and body-rocking fuel, which will help you get going (Branched Chain Amino Acids). These BCAAs hydrate muscles, aid in CoQ10 synthesis, and improve cognitive function. Super creatine is water-stable for muscular awareness and performance.

Let’s take a look at this energy drink in-depth.

Knowing the components of the food and drinks you consume is essential for maintaining a healthy lifestyle. It not only teaches you about the nutrition your body needs, but it also teaches you about your own limitations.

Bang is an energy drink that has grown incredibly popular and has completely dominated the market since its debut owing to its high caffeine content. Bang initially included 357 mg of caffeine per 16 oz can, however, this has subsequently been reduced.

To minimize negative side effects, the FDA recommends that people drink no more than 400mg of caffeine per day. After this dosage, you may begin to suffer jitters, shakiness, anxiety, sleeplessness, stomach difficulties, elevated blood pressure, a quick heart rate, and finally weariness.

Bang energy drink is calorie-free, which makes it a wonderful pre-workout energy drink because you don’t have to worry about your body getting extra calories from it.

Bang offers you adequate energy and vigor during your workout even if you don’t consume any calories.
The 16 fl. oz. can of Bang energy drink adds nothing to your diet, making it appropriate for you if you follow a strict diet plan. Bang is a better alternative than other energy drinks because it contains neither sugar nor calories.

What is the sugar content of Bang energy drink?

A can of Bang has no sugar. If you look at the nutritional label on the back of a can of Bang energy drink, you’ll notice that it has no sugars. This signifies it’s devoid of sugar.

Bang, on the other hand, tastes sweet despite being sugar-free because it includes artificial sweeteners, especially sucralose and acesulfame potassium.

The negative consequences of Artificial Sweeteners

Although these artificial sweeteners appear to be useful, they may do more damage than benefit in the long run.

Increased blood sugar levels, increased cravings, and an increased risk of type 2 diabetes are some of the negative effects.

Sucralose and acesulfame potassium are both thought to have little to no influence on blood sugar or insulin levels. However, other researchers have shown that this is likely to depend on you and whether or not you take sweeteners on a frequent basis.

Have a look at this video for more information:

When is it Dangerous to drink Bang?

Most people perceive Bang to be safe. However, there are several circumstances in which ingesting the energy drink might be exceedingly dangerous.

The drink is not suited for anyone under the age of 18, pregnant, breastfeeding, or on any drug prescriptions or medicines, according to the label.

Some substances may trigger allergic responses as well. If you’re unclear whether Bang is safe for you, consult your doctor before using it.

How Bad is Bang Energy Drink for you?

Bang, as I mentioned extensively previously, is a tough energy drink containing a large quantity of caffeine. This is the primary reason why Bang might not be a good choice for you.

If you’re under the age of 18 or have existing health issues, don’t attempt Bang to prevent caffeine-related negative effects.

Bang, ignoring its high caffeine level, is a fantastic choice for an energy drink for those that can actually handle it.

How dangerous is Bang Energy Drink?

Bang might be dangerous if you have a poor caffeine tolerance and consume too much of it. If consumed in moderation, it may not have any negative consequences. You can also benefit from its main element, creatine.

It has no-calorie sugar, making it a healthier alternative to sodas and other sugary carbonated beverages.

Bang employs sucralose and acesulfame potassium, both of which are artificial sweeteners with no calorific value.

Is it safe to drink Bang Energy Drinks?

Overall, I believe that Bang energy drinks are safe to take if drank in moderation, just like any other energy drink.

One serving of Bang energy drink includes 300mg of caffeine, which is less than the 400mg daily recommended dose.

Despite the issue surrounding Bang and its extremely high caffeine level, it is not prohibited.

However, the components in Bang may exceed the permitted limits for energy drinks in several countries outside of the United States.

How Many Bang Energy Drinks can you consume in a single day?

To remain inside the recommended caffeine level, it is generally acceptable to take only one can of Bang Energy Drink each day.

To summarise, Bang includes 300 mg of caffeine. As mentioned in the preceding sections, this is regarded as extremely high.

According to health experts, healthy individuals should take no more than 400mg of caffeine each day.

This implies that if you drank two cans of Bang in a day, you would be over the recommended daily limit.

Furthermore, the more caffeinated beverages you consume, the more likely you are to have caffeine overdose symptoms.

Bang Energy Drink is not damaging to your health because all of its components are safe to consume in the recommended amounts.

However, it has a high caffeine level, making its users more susceptible to caffeine excess. This is something to keep an eye out for if you’re drinking Bang.

One approach to avoid this is to limit yourself to one can per day to maintain appropriate caffeine levels in your body. Avoid caffeine overload by using energy drinks carefully in general.