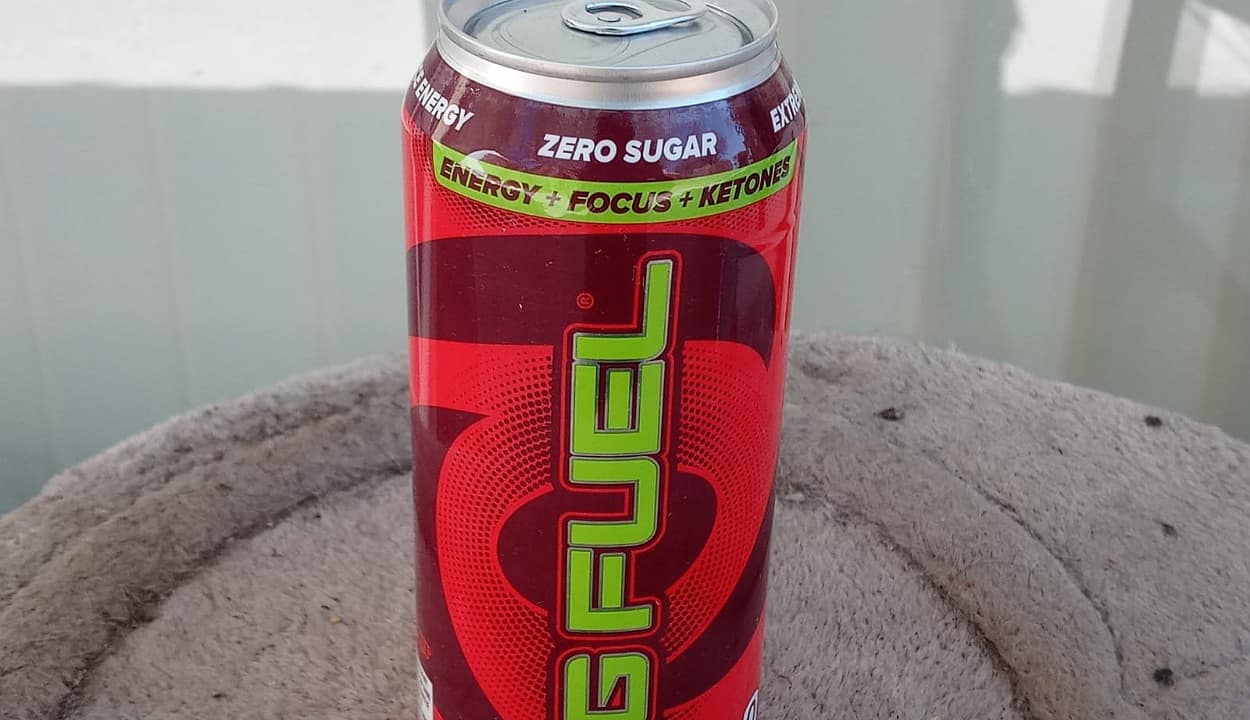 They introduced an Energy Drink that could match the high requirements even for the busiest and most demanding lifestyles.

G Fuel does contain lead, but it’s only in trace amounts and not enough to be dangerous. This is because G Fuel contains natural ingredients that soak up lead through their roots.

Is lead present in G-Fuel?

Is this something that you should worry about? Let’s go a bit further.

Yes. However, given that G-Fuel is made from natural foods that typically absorb traces of lead via their roots, this is not unusual.

Furthermore, California is rather stringent when it comes to warning labels. While not FDA authorized, G Fuel most certainly contains significantly less than the FDA’s 2.2 or 8.8 micrograms per day.

G Fuel contains 150mg of caffeine every 7g dose. This is a reasonable quantity of caffeine for an energy drink.

The quantity of packets you should drink each day is also determined by your caffeine tolerance. If you can take one cup of coffee each day, 100mg may be just fine for you.

Keep in mind that the FDA recommends a daily caffeine intake limit of 400mg.

To know more about caffeine, have a quick look at this video:

These folks are sensitive to caffeine at trace levels.

Caffeine hypersensitive individuals might have overdose symptoms such as sleeplessness, restlessness, and an accelerated heartbeat even at doses less than 100mg.

Caffeine can take up to twice as long to metabolize in some persons.

This would be considered normal caffeine sensitivity.

People with typical caffeine sensitivity may normally consume 200-400 mg of caffeine per day without experiencing any negative side effects.

As long as the caffeine is ingested early enough in the day, these folks have no problem sleeping.

The majority of individuals fall into this category, and it is for this group that the recommended daily safe caffeine intake has been set.

Caffeine is processed so efficiently in hypersensitive persons that they never experience the effects, which can easily lead to caffeine overdoses.

Caffeine hyposensitivity affects around 10% of the human population.

Caffeine is processed so effectively in some people that they report ingesting enormous dosages (>500 mg) with no effect. Caffeine can also be consumed just before bedtime by those who are hyposensitive and still obtain a decent night’s sleep.

These individuals are more likely to consume excessive amounts of caffeine in order to achieve the desired results of being awakened by caffeine.

However, it’s important to note, that even if you’re hyposensitive to caffeine, it’s still not wise to go over the FDA’s daily limit. The limit is there for a reason.

These sweeteners are a healthier alternative to table sugar and are appropriate for diabetics or anyone who want to limit their sugar intake.

Sucralose is completely safe to eat on a daily basis. Sucralose does not have the same number of calories as regular sugar.

Acesulfame potassium is a very flexible artificial sweetener that is used in a broad variety of foods and beverages.

It is stable when heated, unlike comparable sweeteners such as aspartame. Because of this feature, acesulfame potassium can be found in a variety of baked foods.

Given that the recommended daily caloric limit for women is 2000-2400 calories and 2400-3000 calories for men, G Fuel (both powdered and canned) will not have a significant impact on your overall diet.

Is it safe to consume G fuel?

Yes, G-Fuel does provide a good amount of energy to wake you up. As long as you don’t overconsume, consuming G-Fuel should be safe.

Unlike other beverages that include over 40g of sugar, G-Fuel contains zero grams of sugar, avoiding the unpleasant effects that you may experience after eating popular energy drinks.

You may also use it as a pre-workout dose before you head to the gym. It usually takes 10-15 minutes to kick in and gives you a strong energy boost that lasts for around 4-5 hours after you finish your workout.

What happens if you consume G-Fuel?

Consuming G Fuel will most likely give you a temporary boost of energy due to the caffeine and other ingredients found in G fuel.

While caffeine does not inhibit development, it does have certain undesirable side effects.

It has the potential to raise your blood pressure. You may have headaches, nausea, anxiety, sleeplessness, and heart palpitations if you consume more than 250-700mg per day.

What age do I need to be to use G Fuel?

G-Fuel is not suggested for anybody under the age of 18 due to the level of caffeine in it.

G-Fuel was designed for athletes, but many gamers now like the flavor of G-Fuel as well as the energy boost that caffeine provides.

Having more than one, on the other hand, can soon send you over your caffeine limit.

Below is a list of flavors of G Fuel Powder.

While G-Fuel and their items are fantastic if you work out often, here is a list of amazing alternative options that you might be interested in:

Is it possible that G-Fuel contains traces of lead? Yes. However, given that G Fuel is made from natural foods that typically absorb traces of lead via their roots, this is not unusual.

Furthermore, the G-Fuel California action was resolved for a pittance of $10,500. If G-Fuel had so much lead that it was lethal, the cost would have been significantly greater. And G Fuel would very certainly be prohibited from making such a dangerous product.