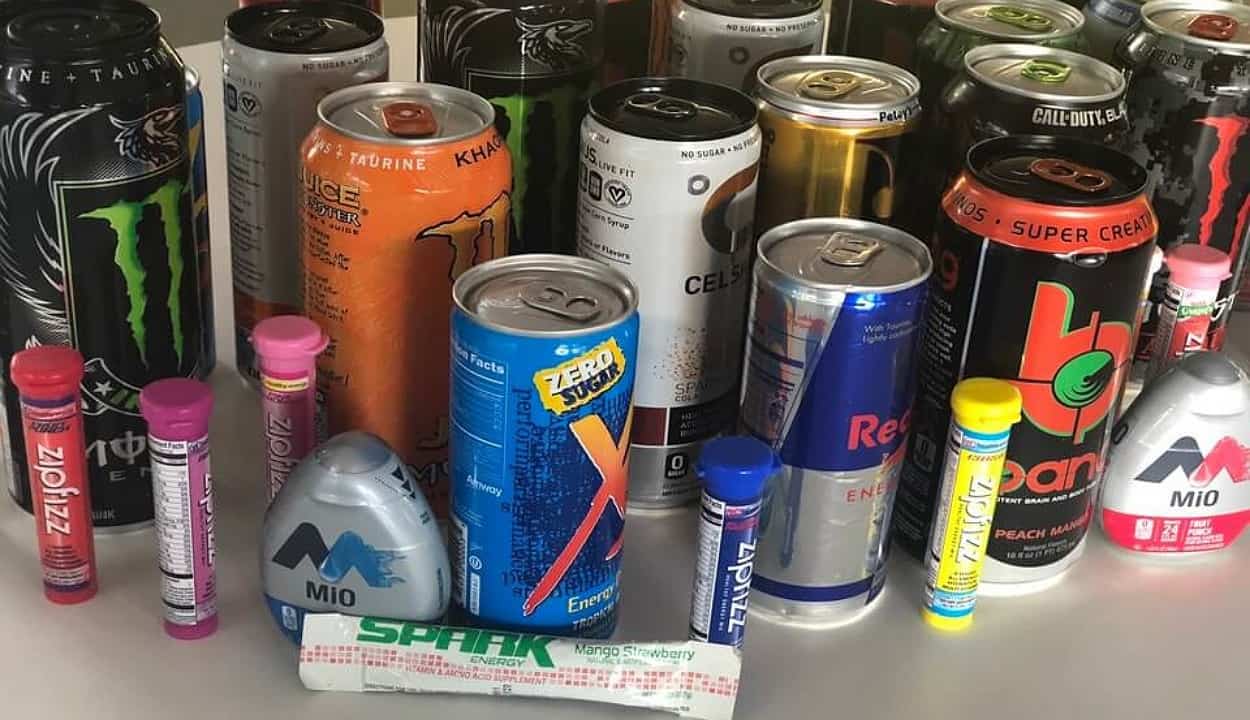 Nowadays, teenagers consume caffeine daily to fulfill their daily needs and improve their focus, alertness, and concentration. Consumption of energy drinks among teenagers is for many reasons.

However, most teenagers are unaware of energy drinks’ side effects for teens, which contain too much caffeine.

However, not only this, but I have also mentioned some side effects of energy drinks for teens, energy drinks age limit, and many more in this article.

Are Teenagers Sensitive to Caffeine?

Yes, teenagers are more sensitive to caffeine as compared to adults.

This is because teenagers’ body mass is much smaller than adults, and some teens are relatively Caffeine immature compared to adults.

A study was conducted that shows that energy drinks can increase blood pressure and immediately impact heart rhythm. However, many adults can face this change in heart rate, but it can be dangerous for teenagers, especially with heart problems.

Sugar affects teenagers. According to the American Heart Association (AHA) recommendations, children aged between 2 to 18 years aren’t required to consume more than 6 teaspoons or 25g of sugar per day.

Consuming sugar in early childhood is connected with obesity and the development of heart disease. However, some energy drinks use sugar substitutes.

The most common type of sugar substitutes are high fructose corn syrup and sucrose, and both of them cause many health problems such as;

So if you are a teenager, these side effects may occur to you, that’s why you need to be careful when getting sugar from any drinks or foods.

Check out the video below if you want to know more about sugar dangers for teenagers:

Is It Safe for Teenagers to Drink Energy Drinks?

Caffeine has many potential benefits, such as enhancing cognitive functions and boosting physical performance. But Caffeine, in the long term, isn’t beneficial.

However, many teenagers favor caffeinated energy drinks because of their energy-boosting effects. Many teenagers interested in gaming and those who spend their time studying late at night can use caffeine energy drinks.

That’s why during gaming, when they need an energy boost, they go for energy drinks. However, some energy drinks are specially designed for gamers. And all-nighters prefer caffeinated energy drinks to stay up all night and perform their task.

Following are the energy drinks brands that are low in Caffeine and suggested by the American Academics of Pediatrics.

Having no calories makes low Caffeine an ideal energy drink for teenagers who want an energy boost without having any side effects.

If you want to know more about Red Bull Energy Drink Nutritional Facts, check out my other article.

Game Fuel contains 90mg of caffeine, 90 calories, and 23g of sugar. This energy drink is designed to provide you with an ultimate energy boost while containing some potent ingredients.

It has a mixture of L-Theanine, proven to enhance accuracy and alertness. It also contains Panax Ginseng, Yerba Mate, Vitamin A, and Gum Arabic, which work together to improve your performance.

Not only this, but Game Fuel also has excellent taste, and its price is reasonable. It won’t be a problem if you consume this energy drink daily. But remember not to drink more than one can as its sugar content is high, increasing the risk of tooth decay, type 2 diabetes, and many other health problems.

Since Red Bull contains a lot of sugar, they have introduced their sugar-free version. It contains few calories and many energizing ingredients such as B group vitamins, taurine, and Alpine water.

It has an average amount of Caffeine (80mg) that will give you an energy boost that you need to go throughout the day.

Bang Energy Drink contains 300mg of caffeine which is highly unsuitable for teenagers. They have introduced their caffeine-free version, which contains no calories, no caffeine, and no sugar.

Everything about this energy drink is good except for Caffeine. When a person needs a boost of energy, they will surely go for caffeinated energy drinks. However, it contains amino acids that help function your body, keep your body healthy, and build your muscles.

Aspire energy drink contains 80mg of caffeine, zero calories, and 0g of sugar. This means it is suitable for Teenagers and when you are trying to lose weight.

It contains some plant-based ingredients making it one of the healthiest energy drinks compared to others, and it helps to improve cognitive functions and mental alertness.

XS Energy Drink contains 80mg of caffeine, 10 calories, and zero sugar and is designed for an active and healthy lifestyle with ingredients B vitamins and herbs.

It has a great taste and contains natural flavors, and some of them are caffeine-free, making them suitable for teenagers.

It contains 2 calories and 75mg of caffeine, which is best for teenagers who need an energy boost without any side effects.

Effects of Energy Drinks on Teens

There are many side effects that teens can face if they consume energy drinks. According to research, teenagers between the ages group 13 to 19 may face these side effects:

Is There Any Age Limit on Energy Drink Consumption?

Moreover, there is no limit on the number of caffeinated energy drinks or foods that a person buys.

Is It advisable for Teenagers to Drink Energy Drinks?

It isn’t necessarily bad for teenagers to drink energy drinks, but most people suggest it’s not advisable.

The Food and Drug Administration (FDA) daily caffeine recommendation is 400mg for a healthy adult, and if you consume more than this amount, you may face the following side effects:

Although, officially, there have been no guidelines by the FDA about caffeine consumption among kids. However, the American Academics of Pediatrics disapprove that adolescents and kids can consume caffeine.

And also, according to the American Academics of Pediatrics, if your age group is between 12 to 18 years, you aren’t required to consume more than 100mg of Caffeine.

Moreover, energy drinks also contain other ingredients such as taurine and a high amount of sugar, which is not safe for teenagers and according to the AHA.

Caffeine is safe for healthy adults as compared to teenagers. They’re at risk as they can develop caffeine withdrawal symptoms and caffeine intoxication when consuming energy drinks excessively.

They need to be aware of the dangers of caffeine consumption and sugar. Some ingredients of energy drinks can also be harmful from them. In my opinion, they should keep a distance from energy drinks.